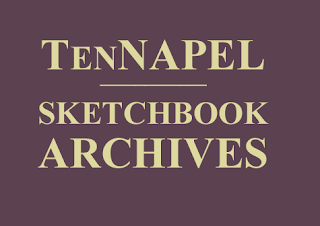 Upside Down: A Vampire Tale is Out!

THE END IS NEAR!

It's been a fun couple of years on Blogger, and it's time to shut down this blog and complete my move to Wordpress. Thanks for your comments and support. You can count on seeing more of the same comics, illustrations, music and process posts at http://www.jesssmartsmiley.wordpress.com. 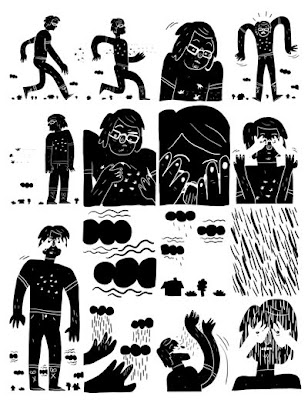 If you'd like to join my monthly e-newsletter, just message me at jess.smiley@gmail.com, with 'SUBSCRIBE' as the subject heading.
Posted by jess smart smiley at 7:29 PM No comments:

I've been blogging regularly at jesssmartsmiley.wordpress.com for the last several months and will be deleting this blog at the end of the year. 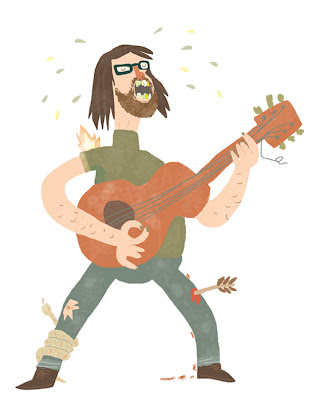 Thanks for your comments and support---it's been a lot of fun. See you on Wordpress! Also: if you'd like to join my monthly e-newsletter, just message me at jess.smiley@gmail.com, including SUBSCRIBE as the subject heading.
Thanks again!
Posted by jess smart smiley at 10:42 AM No comments:

(reposted from my new blog) 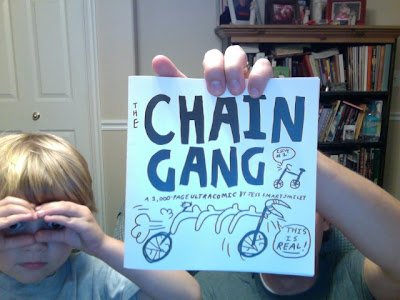 THE CHAIN GANG is a hilarious 1,000-page ultra comic about a group of unwanted and forgotten bicycles led by Poppa Wheelie that band together to wreak havoc on the world, one neighborhood at a time!

Instead of waiting years for me to draw all 1,000 pages, I’m going to be releasing The Chain Gang in 24-page monthly issues. Each month will welcome a new limited-edition (only 100 copies) issue of The Chain Gang’s ongoing, sprawling epic as they battle in junkyards, wrestle dogs, avoid the police, jump over people’s houses, and ride inside whale skeletons. They’re breaking all the rules and will stop at nothing in their quest to spread their trouble! 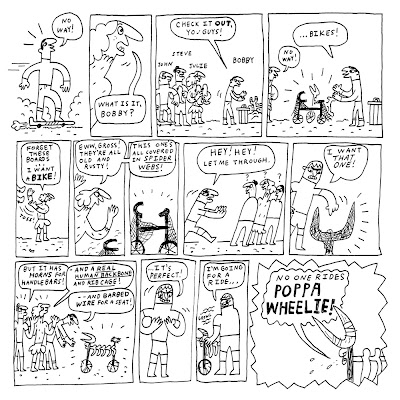 I’m launching the first issue on Kickstarter, where I’ll be selling the first issue until the end of September, and working on issue #2. Money raised from Kickstarter will be used for printing & shipping costs, distribution to get The Chain Gang in comic and bookstores across the globe, as well as advertising on websites and in comics & magazines. It’s the real deal, folks! 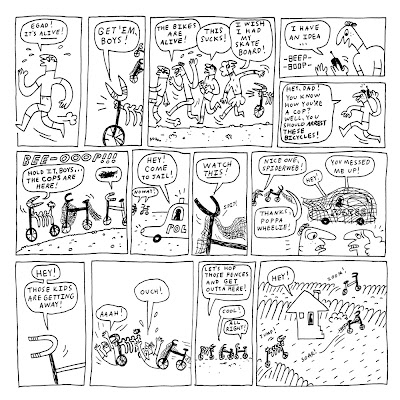 I’ll be posting more about The Chain Gang in the next few weeks, but for now you can check out the project on Kickstarter, or watch this video I made with my boy last night, describing the project:

Posted by jess smart smiley at 11:04 PM No comments:

Posted by jess smart smiley at 8:40 AM 2 comments: